It was just after 4AM. There was something dreamlike about the atmosphere of that morning, driving the Pacific Coast Highway in the predawn light, watching Sophie walk down the sticky asphalt in bare feet and a vintage wedding dress we picked up at a clothing swap, her leather boots dangling from her feet. Lauren, my co-director and our chief photographer, had packed a basket full of artifacts, lace tablecloths our grandmothers had been given at their weddings, old history books, my tarot cards. A bouquet of dried flowers, rotten at the roots. Talismans to invite the dawn.

We were on our way to Malibu to shoot Sophie’s improvised choreography on the emptiest pink beaches, her languid movements like seaweed floating in the tide, equal parts Kate Bush and Pina Bausch. She danced on concrete pilings, in the waves, in a driftwood fort someone had constructed on the rocks, the thin fabric of her dress growing heavy with saltwater and sand, as surfers watched from beyond the swell of the waves. We wanted her movements to evoke the same emotions inspired by the song, a kind of lonely nostalgia, a luxuriant sadness. We wanted them to feel like they were echoing themselves, like she was dancing with herself on the translucent border between two parallel worlds.

In collecting the images for the video, we were inspired by the eleventh century Japanese novel The Tale of Genji, in which a dying man asks his daughter to find a husband to watch over her once he’s gone. Unwilling to commit to a loveless marriage, she gives herself over to the protection of the sea gods. She loads the pockets of her kimono with rocks, and leaps into the waves. Listening to “Sargasso,” we imagined the last days of that woman, wandering the empty halls of her father’s house, represented in the video by the deserted streets of Paramount Ranch. What did her life look like, in the moment of making that decision? How do you know if you should to cling to the shore, stay where you are known and limited and safe, or swim out into the endless fear and power of the unknown? Sophie wandered the ruins of the old western town in search of answers. She danced with her arms wide, opening herself up to the sky.

We chose Paramount Ranch for our location because in some ways it so perfectly represents a dying world. Constructed in a time when Malibu was largely wilderness and the western film was a mainstay of commercial filmmaking, over the years the ranch has become a sort of a strange interstitial zone. People got married there, had picnics, road horses. A few movies were filmed there occasionally, and many more people, like us, shot their own small projects there, music videos, western themed photo shoots. But in most ways, it felt like a ghost town, deprived of its original purpose, a concrete echo of the past. And after we finished filming, it burned down. Fire swept through the hills and destroyed the wooden houses, false storefronts, the church where Sophie picked up her dead bouquet.

And so, above all else, this video is a love letter. A letter to the stranger who built that driftwood fort. To the countless men and women who have made movies and rode horses and gotten married in the hills of Malibu. To the strange and beautiful spaces of Los Angeles, a city built on the joyfully impractical project of committing dreams to film. Above all else, it is a love letter to the impossible mirage of Paramount Ranch. 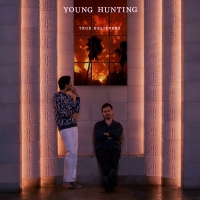 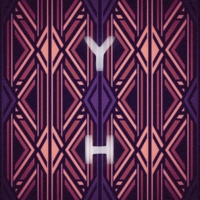 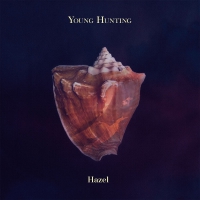