Moonbrain is the first solo album from acclaimed musician and author Travis Atria. It takes sonic cues from classic artists like Curtis Mayfield and Parliament, while remaining immersed in the present moment. Conceptually, it draws on everything from climate grief (“Jazz Cigarette”) to the Beatitudes (“Lucky”), to the oldest known song, a 3,400-year-old Sumerian hymn known as the Seikilos Epitaph (“Shine”). It is an album of heavy grooves and deep moods, modern tools and timeless feels, lush arrangements and adept musicianship.

Though Moonbrain is Atria’s first solo album, it is far from his first album. From 2004–2013, Atria recorded six critically acclaimed albums with his band Morningbell, and two albums with his side project, the Slims. Morningbell was featured in film and on television, performed at Bonnaroo and SXSW, and commissioned a custom star show at the Kika Silva Pla Planetarium for 2013’s epic Boa Noite. Morningbell went on hiatus in 2014, when Atria’s brother and sister-in-law (bass and keyboards) started a family.

After a decade of constant recording and performing, Atria turned to another lifelong dream: books. In 2016, he finished Traveling Soul, the first biography of iconic soul man Curtis Mayfield (co-written with Mayfield’s son Todd), long a major influence on Atria’s music. The book received praise from outlets such as Rolling Stone and Pitchfork. Atria then wrote Better Days Will Come Again, the story of jazz trumpeter Arthur Briggs, who was among the greatest musicians of the Jazz Age in Paris, and who spent four years in a Nazi prison camp during WWII, where he conducted a classical orchestra of prisoners.

All the while, Atria was writing Moonbrain, searching for the album’s heart. It came in stages. In August 2017, Atria visited Paris to see the site of Briggs’s prison camp. That night, Parisian news reported the Unite the Right Rally in Charlottesville, Virginia. For Atria, it was chilling to study WWII history in Paris while back home his own countrymen staged a Nazi rally. One year later came the latest IPCC climate report, which was chilling again. Atria has been involved in climate activism since 2004. Watching his niece and nephew grow, fearing the world they stand to inherit, Atria decided Moonbrain had to be about more than the sensual rock ‘n’ soul Morningbell had become known for. He took Curtis Mayfield’s “painless preaching” as a model, focusing on the musical groove first, steering clear of lyrical polemics, but still trying to write the truth about the world. “I felt too few artists were trying to deal with what we’re going through,” Atria says. “I owed it to these kids to try.”

Moonbrain is a reflection of the times. It pulls no punches, even when those punches come padded with shimmering strings, pulsing organs, buttery trumpets, booming drums, and wailing guitars. The result is Atria’s most cohesive work to date.

"Blending the erratic movements of avant-pop with the fluidity of soul, he creates a song as wonderfully obtuse as it is charismatic. The shuffling percussion, jaunty guitar sparks, and whistling flourishes tangle together in a compelling mélange of cadenced activity and impulsively constructed melodies. There is a need for truth here, a want to discern the reality of our own motivations and those of the people around us. Can we trust what is given to us or should we personally vette these things which can have such an enormous impact on our lives? Atria firmly believes it’s the latter."
- Beats Per Minute 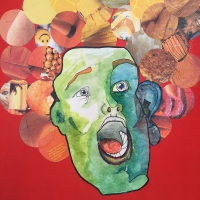 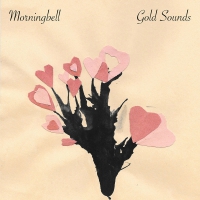