Ohioan's new album, EMPTY / EVERY MT, is a record of protest songs but this is nothing like protest music you've heard before. This is a new form of country music. It's Appalachian mountain music mashed-up with African desert music played by a dude raised in the shadow of Appalachia who now lives in the desert. (Read that twice if you need to; it's important to the story.) EMPTY / EVERY MT is an album about the "Appalachian Desert," a concept created by Ohioan band-leader Ryne Warner. He posits that one day mountaintop removal and mining will level the forests of Appalachia, turning once lush land into an arid desert-scape not unlike parts of the American West and North Africa. The music here was made using the sounds associated with those places--banjo, dobro, jaw harp, dulcimer, African scales, the electric guitar, modal tunings. The result is an image of Warner's Appalachian Desert rendered in sound.

"Warner and company have made a special record with Empty/Every MT, a weird, electrifying one, and in a year that’s often felt apocalyptic — if not simply fraught — it sounds vital and necessary." - Aquarium Drunkard

"The record, in its aim to restore folk to its original protest state, does not take its methods lightly. With Appalachia and its arid eradication bearing resemblance to North Africa in mind, Warner employs the regional tools across the album: banjo, dobro, jaw harp, dulcimer, African scales, the electric guitar, modal tunings. Properly armed, Warner sings of strip mining, fear, new wastelands, police control, poisonous drinking water, uranium, and the death of the land. Empty/Every MT is a panoramic vision of putting up a good fight before its all for naught." - IMPOSE

"Very slow burn as it opens, but let it simmer and simmer. This one brings a quake." - yvynyl

"The record's concept - taking many of the instruments popular in folk/country music in the Appalachian region (banjo, dobro, jawharp, and dulcimer) and pairs them with African scales and modal tunings to recall the deserts of North Africa and the American West (where Warner now lives). The result is a sort of deconstructed folk punk; an uncharacteristically aggressive Americana. At nearly 8 minutes "Bad Altitude" gives itself ample time to develop. Sustained notes on banjo and utilization of space create a sense of expansiveness necessary to Warner's musical world building as it recalls both the wide uninterrupted expanses of the desert plain and Warner's Appalachian Desert. Electric guitar interrupts the sparse banjo lines and ultimately jettisons the track into an assertive fervor it retains for much of its forward plod and colors Warner's sardonic lyricism." - All Around Sound 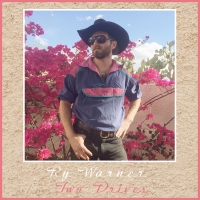