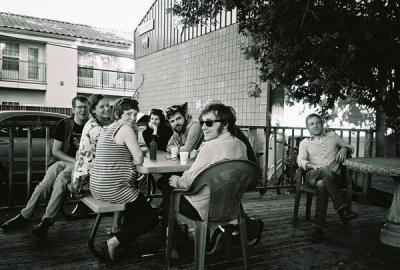 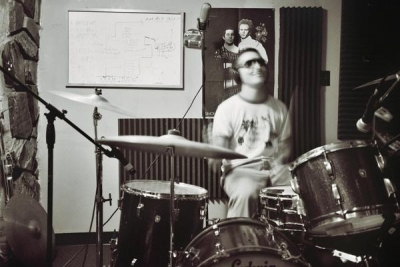 On their new EP, this Bay-Area based band makes that northern CA chooglin’ thing say hello to Deerhoof, Glenn Campbell, and Steve Cropper, then they turn it all up and go epic. On their previous full-length, The Way We Bend, Zac and Kim Stanley were the main members of the group, but Stanleys have loosened the reins and brought in some new faces, and Storm-Driven Bird sounds like a real rave-up of a band, with two of the four songs penned and sung by the Parish’s new guitarist Andy Asp, late of the Pattern. This four-songer is a transitional piece, moving in four different directions at once: Melodic experimental pop (Through the Boughs), maniacal rave-up road rock (Humboldt County Line), country waltz ‘n’ harmony (Wishbook), and ends with an indescribably epic powerhouse (Dummy in Trouble). All this romping around in American song forms is pulled off w/confidence, humor and a real good sense of dynamics. Asp and Stanley’s voices and songwriting work off of each other, Asp offering exciting takes on classic forms, and Stanley pushing his songs in and out of shape to see what they’ll do. But this is a real damn band: Asp and Stanley’s voices work so well together because they’re underpinned by the band’s secret vocal weapon, the soaring harmonies of keyboardist Kim Stanley, while the rhythm sections of Frankie (ex. Jim Yoshii Pile-up) and Graham (Roman Ruins) keeps the thing rocking and angular, Frankie pulling a little Jah Wobble, and Graham doing fills and washes that become integral parts of the sound. This little ep gives us the sound of a band growing into its shoes. It’s exciting to hear, and if Storm-Driven Bird is any evidence, The Parish’s next long-player will have so much interesting and curious rocking that the kids might just look up from their computer screens and hear the sound they’ve been waiting for.